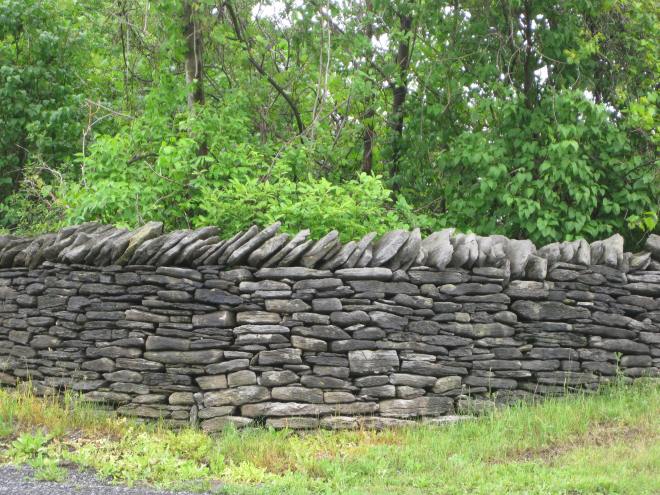 You may find yourself at some point this week wishing to be Irish. At least for a day.

What’s not to like about the yeasty smell of a still-warm round of Irish Freckle Bread full of dried currants and covered in sparkle glaze? Or the taste of two fingers of single malt Irish Whiskey—the peaty Connemara, for instance—chased by a pint of Guinness? Or the tradition of standing on a bit of the old sod gazing across the wide ocean and dreaming of the next thing?

A lot of those gazers and bakers, drinkers and dreamers ended up on islands in their new world. This is particularly true of those Irish immigrants who made it from the Port of New York to the Midwest . . . or from any one of the  Canadian ports into Ontario. In both of these cases, having left a large island, the newcomers often landed in the Great Lakes Basin on a smaller island.

Today you have several Great Lakes Islands to visit when the Irish yearning rises up from your soul. While you are planning a 2016 island adventure (and the time is now), you may want to consider two such “Irish” islands, one from each side of the border: Beaver Island in Lake Michigan and Amherst Island in Lake Ontario.

If you were to choose Beaver Island as your destination, you would find yourself pulling away from the Beaver Island Boat Company dock in Charlevoix, Michigan, possibly on the the Emerald Isle, standing beneath a flag bearing a shamrock and clutching your ferry ticket bearing a bit o’ Gaelic printed on it: Céad Míle Fáilte (“A Hundred Thousand Welcomes”).

And once your feet touch this Irish-rooted island, you can walk right across the main street in the harbor town of St. James to The Shamrock Restaurant and Pub or drive a ways to Donegal Danny’s Pub and the Stony Acre Grill (where over the door of the latter is posted Céad Míle Fáilte).  At either place, you’ll be  welcomed and can join the island locals and visitors  in wetting your whistle, playing a few games of darts, sharing some stories. And if you share the luck of the Irish, some Irish music may be playing.

And what of the Irish leanings of the island on the Canadian side of the Great Lakes Basin?

After a wave of Irish immigration in 1842, the island’s population crested at 2000. Amherst Island has both the sheep and the stone walls that make you feel like you’ve perhaps been spirited away to Ireland’s Dingle Peninsula.

The vehicular Amherst Island Ferry Service leaves hourly from the mainland village of Millhaven, Ontario 365 days of the year for the three-kilometer trip to Stella, the small village on the island.

Topsy Farms, the largest sheep farm on the Amherst Island, presently has a flock of about 1000 sheep.  At the moment, they are currently awaiting the arrival of, hopefully, about 1300 lambs by the end of May. Topsy Farms welcomes visitors. You can see the sheep out in their grassy pastures along Lake Ontario, admire the Akbash guard dogs, and bottle-feed a handful (or an armful!) of lambs near The Wool Shed.

Wool and sheepskin products, as well as yarn and craft supplies, are for sale in The Wool Shed and online.  Raw island honey is also for sale.

Every August, Amherst Island is the site of the Emerald Music Festival, the lively fiddle tunes floating out over the sheep at pasture.

So maybe you can’t plan a trip to Ireland this year. But here’s a suggestion that may well bring both more island and more Irish adventure into your life. Take a look at the map and consider the proximity of these two islands:  the Beaver Island Boat Company mainland dock in Charlevoix is just a morning’s drive from Detroit; the Amherst Island Ferry Service mainland dock in Millhaven is not much farther than that from Windsor:

Once upon a time, the Irish chose to settle on both of these Great Lakes Basin islands because they reminded them of home. While you may not make it to one of these two islands in time to celebrate St. Patrick’s Day, you certainly can raise a glass to the Irish who helped make the island what it is when you do.

In the meantime, in the words of the Irish and with respect to your island adventure:

May the road rise up to meet you.
May the wind be always at your back.
May the sun shine warm upon your face . . .

3 thoughts on “Count Your Irish Blessings on a GLB Island”