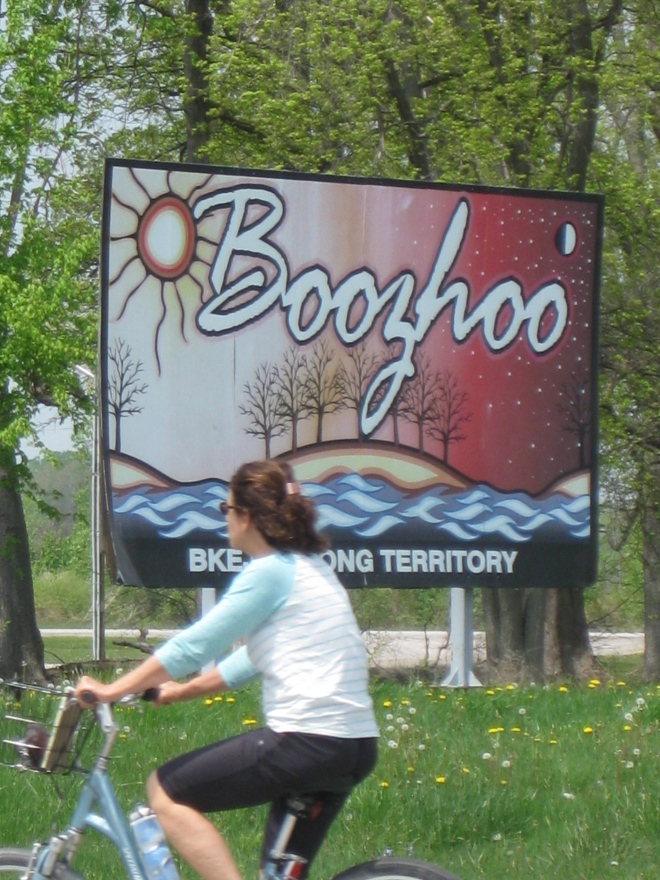 “But which?” Barb wanted to know, “Which Great Lakes island should I go to first?”

We’d just finished an hour of doing Pilates together at South Oakland Fitness. Barb wanted to start planning a trip to a Great Lakes Island Basin right now, immediately, even before she has a copy of Great Lakes Island Escapes: Ferries and Bridges to Adventure in hand . . .

And it is a great time to plan an island trip. Ferries are already running or will be soon. I, myself, plan to head for Pelee Island this Friday, the first day the ferry will make a trip to the island in 2016.

. . . But Barb’s question wasn’t a question I’d really ever been asked before.

Over the two years of 27 research trips I made to Great Lakes Basin islands (136), I planned my island adventures based on when whichever traveling companion who wanted to accompany me to a particular island was available. If I wasn’t doing research and didn’t have consider the availability of another traveler, how would I decide which island to visit?

I’ve given some thought to Barb’s question since she asked it, and I’ve come up with three preliminary questions you might want to ask yourself if you, like Barb, are deciding which Great Lakes Basin island to visit.

1. Do you want to cross the United States-Canadian border . . . or not?

There are plenty of islands to visit on each side of the border. And crossing the border is no big deal if you have the proper documentation. (Requirements are generally more rigorous for entering the United States, regardless of where you live.)

Remember, even if you go to a Great Lakes Basin island that belongs to neither the U.S. or Canada–Whitefish Island (Batchewana First Nation), Bkejwanong (Walpole Island First Nation), or Kawehnó:ke (a.k.a. Cornwall Island, belonging to the Mohawk Nation at Akwesasne)–your trip may involve a border crossing. As an American citizen, I had to cross the border to Canada before I could enter the first two of these three islands.

Depending on which side of the border you’re on, you will pay more or less for goods and services. Today, Monday, March 28th, one U.S. dollar would be worth $1.34 in Canada, but the exchange rate fluctuates daily. Over the decades I’ve regularly been going to Pelee Island, I have experienced the reverse situation in terms of the currency exchange rates.

While some islands have neither and others have both, you can expect some differences at gas stations and liquor stores, depending on which side of the border you’re on:

*Barb’s Answer: Turns out, Barb has the proper documentation to cross the border and is open to visiting either an American or Canadian island.

Of all the Great Lakes Basin islands accessible by ferry or bridge that I visited, I’ve only visited one island where, in order to visit, we had to camp: North Manitou Island, a part of the Sleeping Bear National Lakeshore, in Lake Michigan.

The reason must one plan to camp if planning to visit North Manitou Island is because of the ferry schedule (in addition to a lack of overnight accommodations). You get dropped off by the ferry on one day and the soonest you can be picked up is the following day. So a visit to the island involves a night spent in the eight-site Village campground or backcountry camping.

* Barb’s Answer: Barb and her husband Nick have camped, but they are not interested in camping on their first Great Lakes Basin island adventure.

*Barb’s Answer: While she and Nick have nothing against hiking, biking, or water sports, Barb would like to engage in some additional activities on her first GLB island adventure.

Narrowing the List of GLB Islands to Meet Barb’s Interests

Given Barb’s answers to my three questions–and considering the 136 Great Lakes Basin islands accessible by bridge or ferry–here’s a preliminary list of 19 possible island destinations (listed in order of the GLB’s downstream flow) on which she–or you–may find a variety of island adventures:

I have some more questions ready to ask Barb this week that should help pinpoint the ideal island for her first Great Lakes Basin island trip by next week, so she can start planning. Stay tuned!

In the meantime, what island questions do you have that I might ponder on Pelee?

One thought on “Pilates Pal Poses an Island Question”