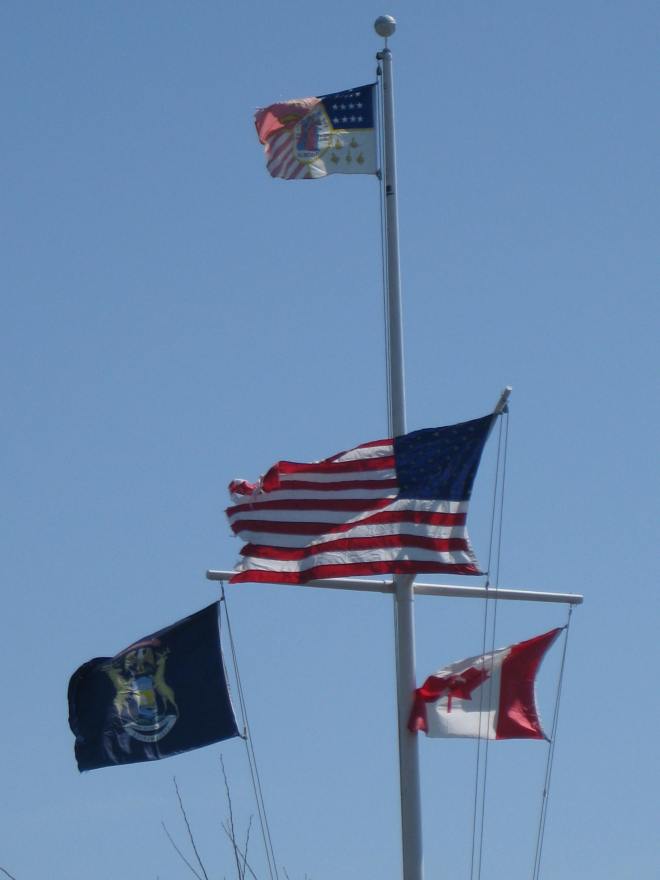 Every inhabited Great Lakes Basin island has celebrated one or the other of two “nationhood” holidays over this past long weekend: Canada Day or The Fourth of July. Some islands, like Ontario’s  Pelee Island, with American cottagers and visitors, as well as Canadian residents, cottagers, and visitors celebrate both.

Canada Day celebrates, on July 1st, the nationhood of Canada. It marks “the anniversary of the July 1, 1867 enactment of the Constitution Act, 1867 (then called the British North America Act, 1867), which united the three separate colonies of Canada, Nova Scotia, and New Brunswick into a single dominion within the British Empire called Canada. Originally called Dominion Day,  the holiday was renamed in 1982, the year the Canada Act was passed.”(Courtesy of Wikipedia)

Also called Independence Day of the United States, the Fourth of July, is “a federal holiday commemorating the adoption of the Declaration of Independence on July 4, 1776, by the Continental Congress declaring that the thirteen American colonies regarded themselves as a new nation, the United States of America, and no longer part of the British Empire.” (Courtesy of Wikipedia; note: as Independence Day is the day of Wikimedia Foundation’s fundraiser, the fruits of the organization are playing a bigger role than usual in this blog.)

I went looking through a decade of digital photos for an appropriate image for this week’s post. Fireworks at Pelee Island’s West Dock, I was thinking. But instead, I came across the one above from 2012. This is the nautical flag pole at the Dossin Great Lakes Museum on Belle Isle, an island in the Detroit River.

Do you recognize the four flags hanging from it? The Stars and Stripe is obvious, as should be the Maple Leaf, or the Canadian flag (“l’Unifolié”– or “the one-leafed”--en  français). The Detroit River serves as a part of the boundary between Canada (to the south of the U.S. here!) and the United States. Michiganders (a name I try to use whenever I can) should recognize the flag on the lower left: the flag of Michigan.

But what’s that flag flying above the other three on April 7, 2012? You can celebrate either holiday for another few minutes if you recognized it as the flag of Detroit, especially since you’re seeing it in this photo from the backside and small to boot.

Here’s the symbolism portrayed on the flag with help from Wikipedia Commons: “The flag symbolizes the three nations that have controlled Detroit: France (lower left), Great Britain (upper right) and the United States (upper left and lower right). The city motto (translated as “We Hope For Better Days” and “It Shall Rise From the Ashes”) is a reference to the 1805 fire that destroyed the city.

Detroit has risen from the ashes more than once and, with the rest of the country this weekend, celebrated 240 years of independence. Tonight, if you check out the Detroit River Watch webcam, located at the Dossin Great Lakes Museum, instead of ashes, you’ll see multiple fireworks displays lighting the sky above the river. All that’s missing are the oohs and ahhs! Hope you had an opportunity to use a few of those this weekend, from whichever side of the border you hail. 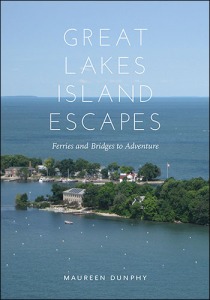